Roman Mosaic Discoveries Made Through Time

It was during the Roman Empire that mosaic art reached its supreme glory. Figures of the Roman Empire had installed mosaics on the floors of their palaces and villas. Mosaic art is considered to be an ancient art with several techniques of craft, the Roman technique being the oldest of its kind. It consists of using tiles hand-cut with a hammer and a nail, and crafting the mosaic directly into the floor. Ancient mosaics typically portray famous figures and traditional geometric patterns. Some of the mosaic artworks were destroyed through wars, while others were discovered time after time during excavations all over the world. Here is a list of the roman mosaic discoveries that were made through time and space. These monuments are now considered to be cultural heritage sites. Aquileia is ancient Roman city that holds one of Italy’s World Heritage Sites added to the UNESCO register in 1998, the Patriarchal Basilica. The Basilica is an extraordinary building filled with ancient roman mosaics, which was built in the 4th century by Bishop Theodorus. The most remarkable aspect in the Basilica is the southern interior hallway due to its outstanding mosaic pavement, discovered in the early 1900s. This mosaic floor depicts scenes from the Old Testament, emblematic subjects, and portraits of known figures, inscriptions and geometric designs. At the eastern side is a sea scene with fishermen, the Apostles, on their daily routine, accompanied with the story of Jonah. Other remains of ancient mosaics were discovered inside the Basilica, in the Crypt of Excavations. Grado used to be a competitor to Aquileia as it also had its own patriarchy. During the barbarian invasions, the people of Aquileia took refuge in Grado. This Roman city also includes a Basilica with a magnificent mosaic pavement, the Basilica of St. Euphemia. It was built by Bishop Elia in 579 and was dedicated to the martyrs of Aquileia. In the right aisle of the church is the mausoleum, which preserves a brick vault and a mosaic with the monogram of Elia. There are mosaic artworks that also represent Grado’s Castrum (building structures) and the catechumen’s journey. The mosaic floor includes geometric patterns, animal motifs, rosettes, Latin inscriptions and most importantly the underwater wave motif. The Fishbourne Roman Palace in West Sussex was constructed in the 1st century, and was the first property in Britain to adopt roman art and lifestyle. Artists and mosaicists from Italy decorated it; it is unique of its kind. The Palace holds over 50 mosaic floors, discovered in the 1960s. The earliest mosaics were of white and black geometric patterns, identical to the roman mosaics in Italy at the time. Geometric mosaics filled the entire Palace as borderlines and patterns; some had colors such as brick red and grey. The most remarkable piece was the Fortress mosaic: it is divided into sixteen squares, each having a different geometric design with a border around the piece representing a town wall. One of the mosaic floors portrayed cupid on a dolphin in the center, with ancient animals on the corners. A grandiose mosaic art piece was found in 1996 in Lod, Israel. The mosaic dates from the 4th century. It is a roman mosaic with its execution and subject matter. The piece is divided into squares and triangles with geometric borders. These shapes depict portrays of animals such as fish, birds and other animals. Inside the octagon in the center, wild and exotic animals are illustrated such as an elephant, a lion and lioness, a giraffe, a tiger and a bull. These animals are appropriate to the Roman culture as they were part of gladiatorial games. The Great Palace Mosaic Museum hosts beautiful mosaic artworks dating from the Byzantine Empire (the remainder of the Roman Empire). The mosaics were discovered during excavations in the 1930s and 1950s by Turkish archeologists. The artworks are roman mosaics in their technique, style and represented scenes. The mosaics depict domestic scenes with human figures and animals (farming), in addition to hunting scenes. The animals portrayed are of exotic and mythical natures. The mosaic artworks rarely show any women. Which one of these sites would you want to go visit? Let us know in the comment box!
Any lovers of history? Here are 5 Mosaic Monuments to Discover Before You Die

Do you want some roman mosaic art of your own? You can find beautiful artworks at Mozaico.

10 Incredible Ways To Decorate Your Walls 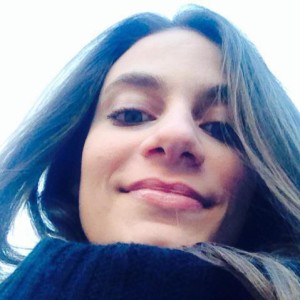 The History of Household Mosaic Tile

Roman Mosaic Discoveries Made Through Time