Halloween brings out a little bit of the dark side in everyone. It lets our inner self out for a bit of play and reveals more of our personality. Your mild-mannered coworker might love zombies. Your next-door neighbor might choose this day to let their Goth side come out. From vampires to witches, horror movie buffs to avid Elvira fans, it’s a night for celebrating the chilling, the horrific, and facing the dark side – sweetened up by good fun and a lot of great candy. For Halloween 2019, let’s go even darker! There’s always been the dark side in art, as long as humans have made it. What about mosaic art? As a blog devoted to the subject, we’ve explored the ties between Halloween’s chilling and mysterious themes and how they’ve been represented through the ages. Mosaic wall art has been serving as a commentary and counterpoint to culture since the beginning, and it’s a great way to trace mankind’s relationship with the creepy staples of modern horror tropes. How did we get from Pompeii to Hitchcock? It’s all there, our ghoulish friends. Let’s creep out there and take a peek. 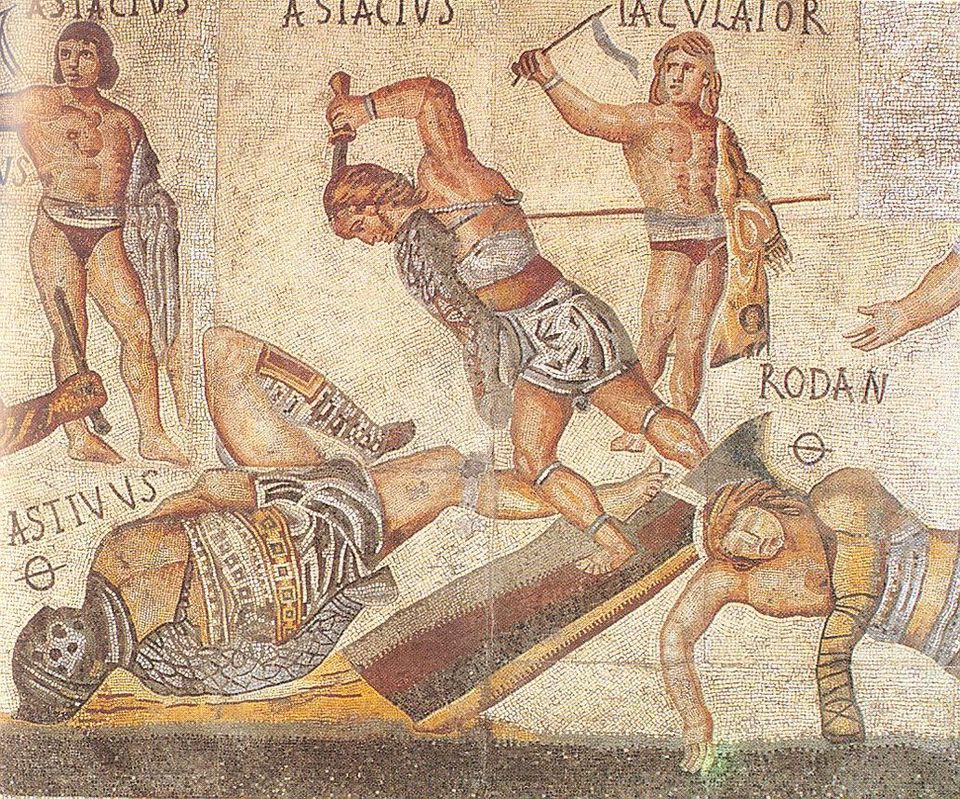 If you’re looking for art and subjects that address death, gore, and lots of scary scenes, you don’t have to stick to contemporary works. Head to virtually any art section in the museum, and you’ll find it. Facing fears and dealing with death was just as relevant then as they are today.

Depending on the culture, you’ll see depictions of hungry ghosts, malevolent spirits, restless undead, evil intentions, and everything else you’ve seen in a modern movie, Stephen King novel, or one of the Goosebumps books. There’s nothing new under the terrifying sun, guys. And it doesn’t ever show a single pumpkin. We’re getting down to the gritty stuff.

In Buddhist cosmology, there are six possible states into which a person can be reborn. They consist of the realms of hell, hungry ghosts, demons, beasts, humans, and gods. In other words, there’s pretty rich source material for spooky art. Hungry ghosts are the lowest level possible. According to the tradition, evil deeds that lead to becoming a hungry ghost are killing, stealing and sexual misconduct. As you can imagine, they’re not very pleasant, in the whole ghost universe. but they make for some compelling art. This detail from the Japanese Hungry Ghosts Scroll of the late 12th century captures one cleaning up dead bodies. These sorts of beliefs not only made for artistic inspiration – but they also explained what people couldn’t understand – such as how bodies decayed. 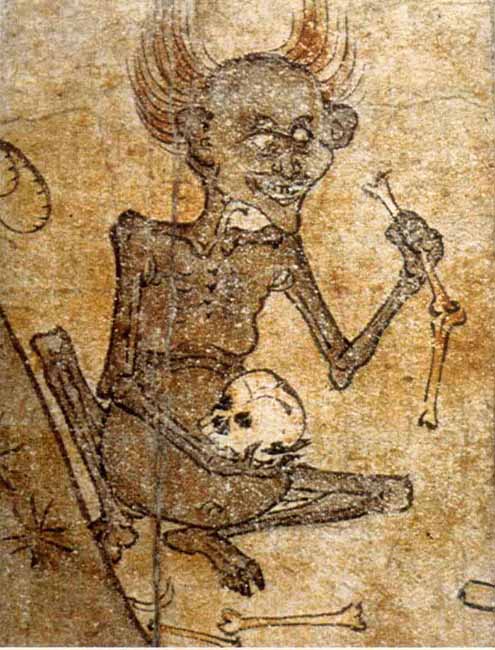 Image from University of California

A more modern depiction in mosaic artwork is shown here at the Wat Ban Rai temple in Thailand. 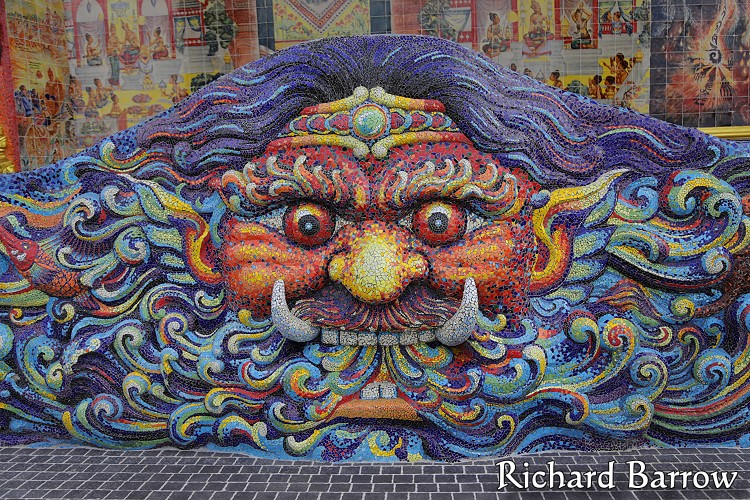 Image from My Thailand Photos

Don’t anger the hungry ghosts, guys. But, if you’re looking for some Halloween costume inspo, you can set up your very own Japanese horror film. 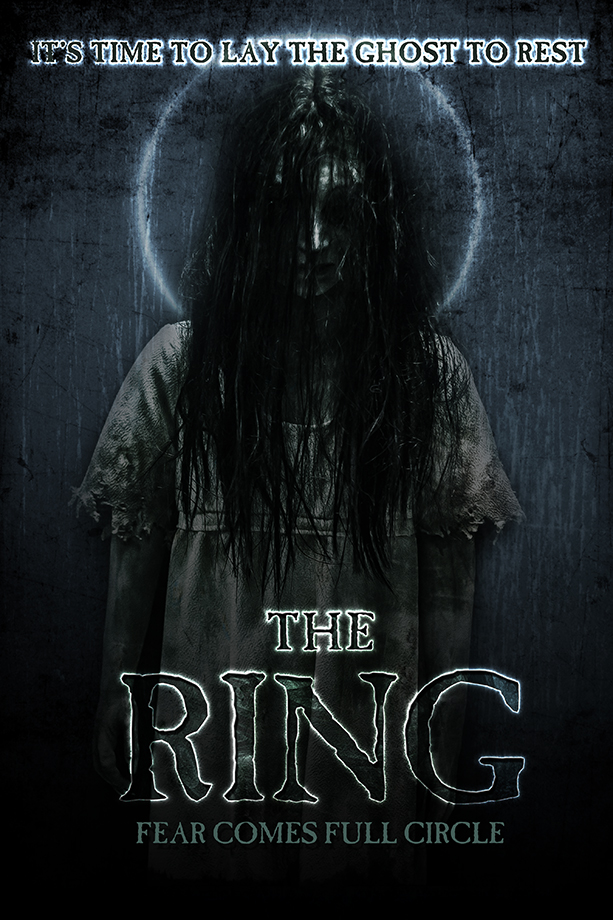 The whole idea of zombies has been around as long as humans have existed. Death was mysterious. Heck, life was mysterious, in primitive times. Just like the Hungry Ghosts, the belief that the undead walked among us served as a warning against misbehavior and stepping out of line. Ancient Greeks were terrified of zombies, to the point that they would engage in elaborate burial practices to keep the dead bound to Hades – and not out seeking revenge among the living. They kept them weighed down with huge stones.

In medieval times, there was still an uneasy relationship with the whole living dead concept. By then, the popular view was that the dead bodies could be possessed by demons who used them for evil purposes. Meet the Revenants! In the 12th Century, there were several reports of zombie encounters. They would pop up in the bed of their surviving wife, show up at taverns, and generally cause problems. 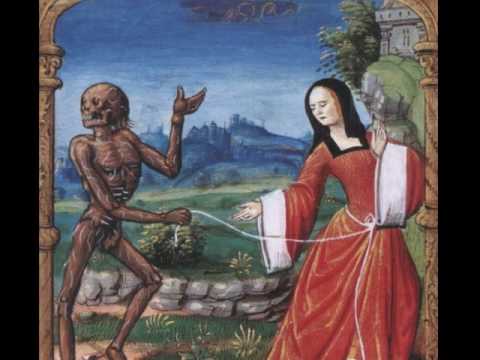 Zombies are of course, a staple for Halloween and pop culture in general. We suggest going a bit skeletal, this year. 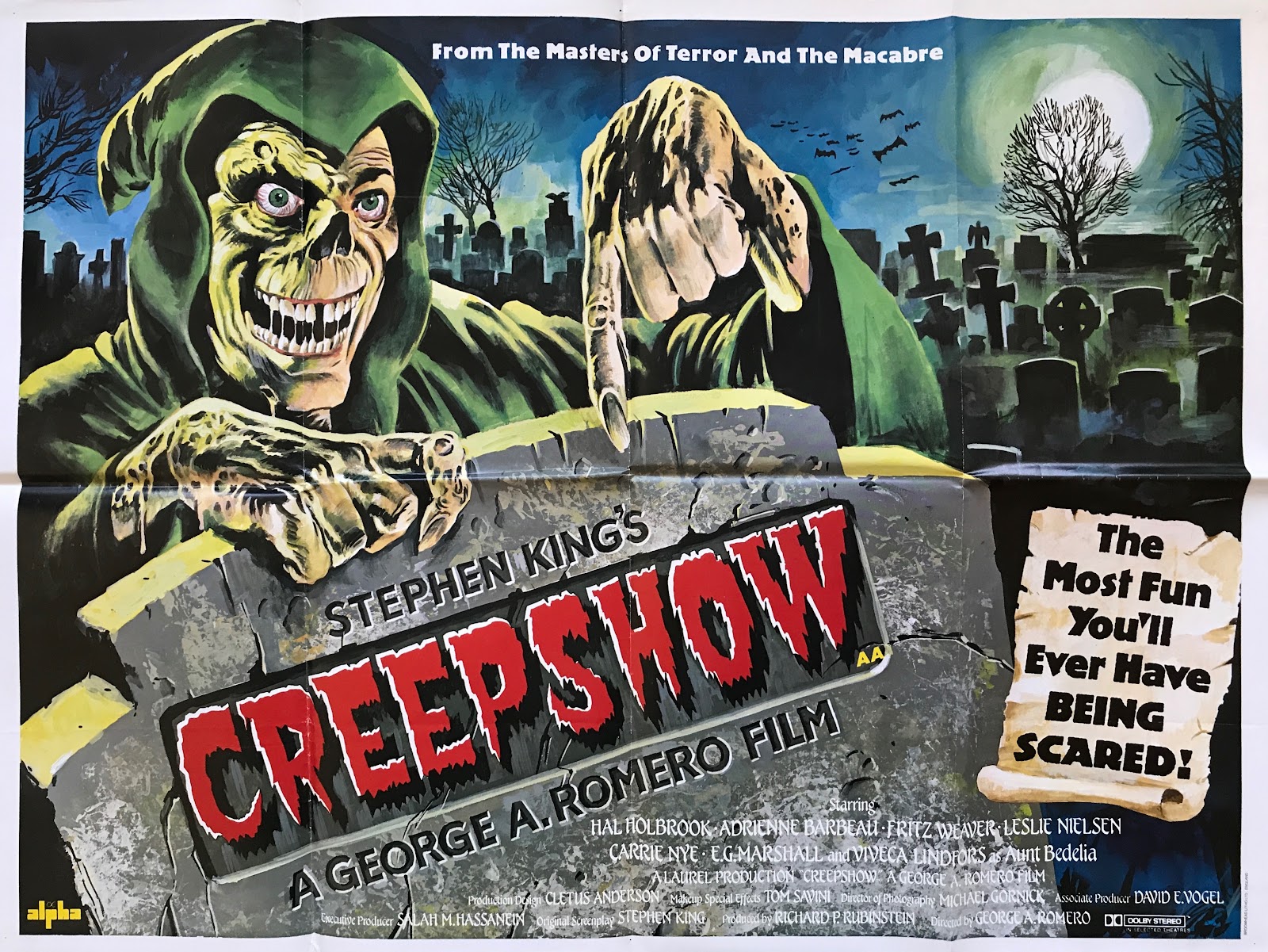 THE SKULLS WATCH YOU

Skulls as a symbol of death are, we might say, a classic. From early Memento Mori pieces to today’s cheerful appropriation of the Day of the Dead sugar skull imagery, they’re still in use.

It’s one thing to use skulls as a ponderous point for onlookers to consider their choices, and that we all must die. Aztecs covered actual mosaic skull, as seen here. The Aztecs just plain favored skulls as an appealing decor item, using the leftovers from human sacrifices and battles for a bit of macabre flair around temples. 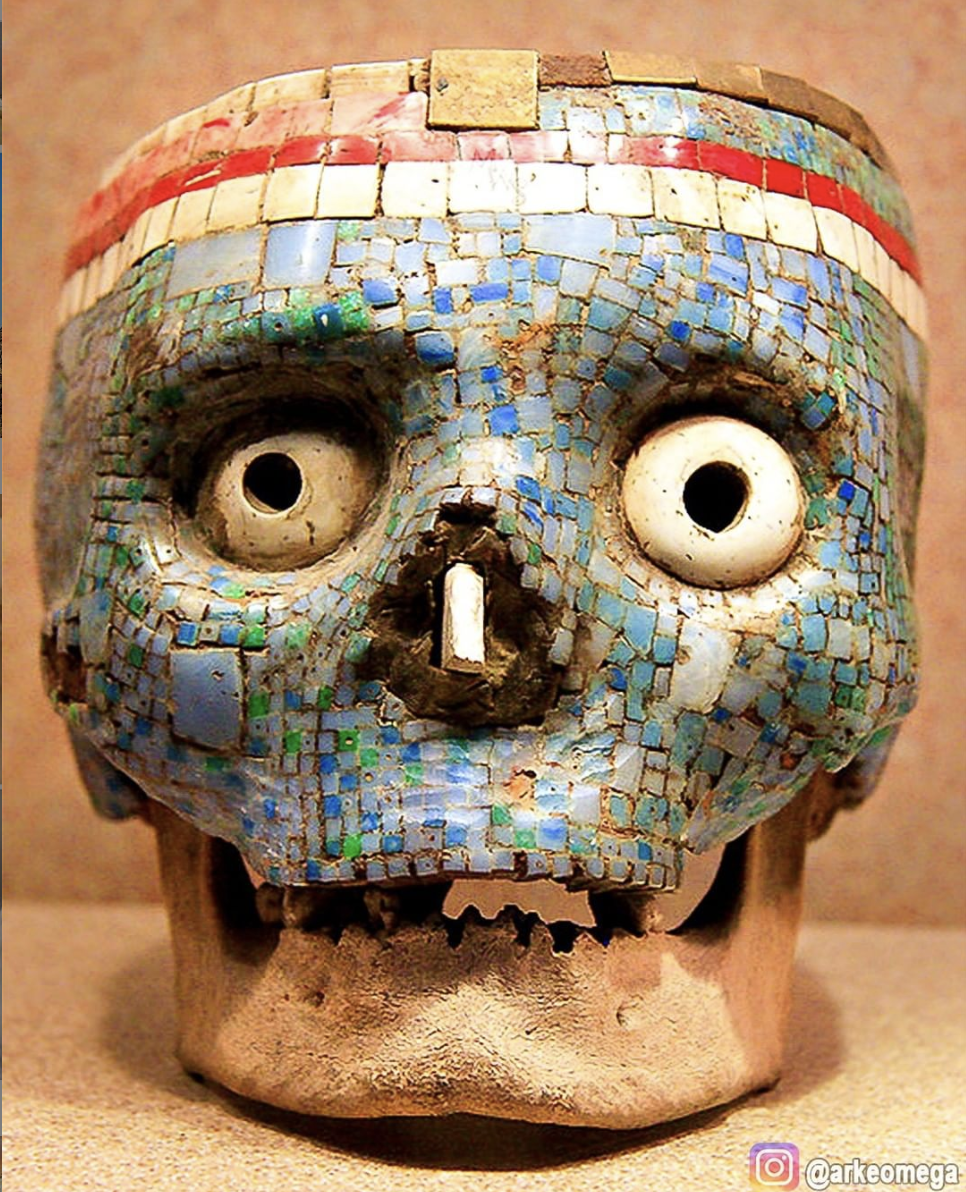 A more significant source of artistic inspiration came through the formalized memento mori depictions of skulls and skeletons. In times of uncertainty, the philosophers would advise that death was inevitable. We’ve been seeing depictions of this in mosaic art since ancient Greek times. This famous piece is from Pompeii. It decorated a dining room, reminding diners that life was short and that they should enjoy their meal. 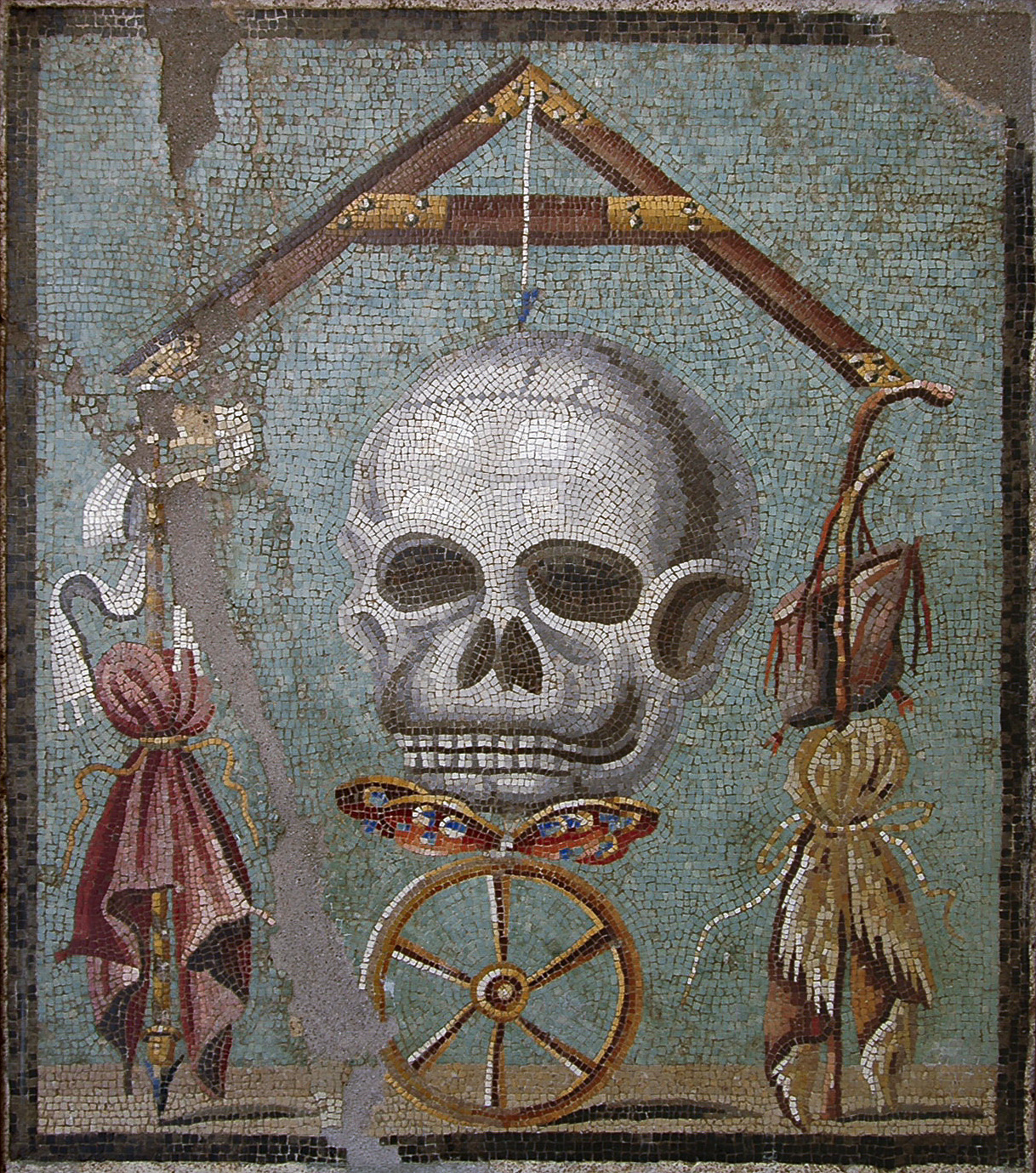 If you fancy a bit of the same for your own home, there are some equally stunning modern skeletons marble mosaic mural examples. Memento Mori were also displayed in a more literal use of mosaic art when you explore locations like the Crypt of the Capuchins in Rome. It’s divided into six chapels, which are decorated with the skeletal remain of more than 4,000 Capuchin friars who died between the 15th and 19th centuries,

The bones were then used to create actual mosaic patterns, motifs, and designs full of religious symbolism. This was where the friars would come to reflect and pray. In front of their dead brother’s skeletons. Think about it. 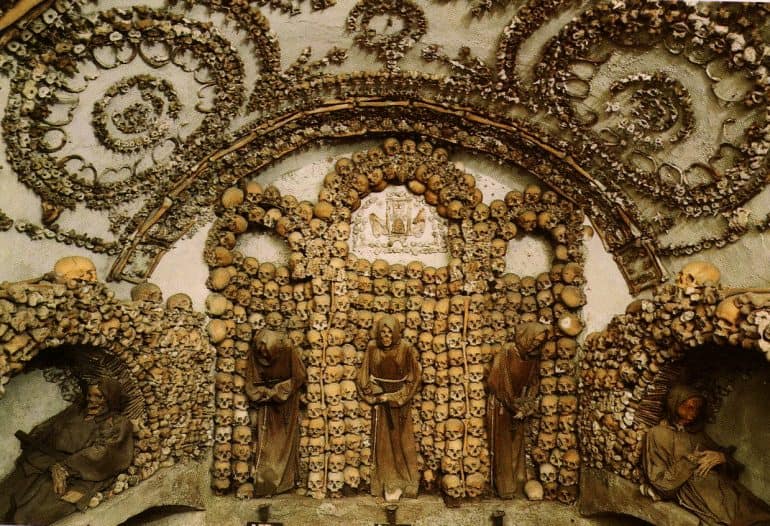 If you need a little Halloween decor inspo, this might be the time to dig into that collection of random bones and skeletons you usually use for your parties.

Modern horror movies love a good flesh-devouring monster, with a bit of torture thrown in. Is this a new idea? Heck, no! Let’s just take a peek at some hellish images that have been thrown out as cautionary tales in the past. There’s some great inspiration there for cinematic impact. As a matter of fact, let us know in the comments if you’ve seen any of these scenes in your favorite scary movies.

This cheerful mosaic design dates back to the 13th century, and is located on the ceiling of the Florence Baptistry in Italy. It depicts a scene from the Last Judgment. 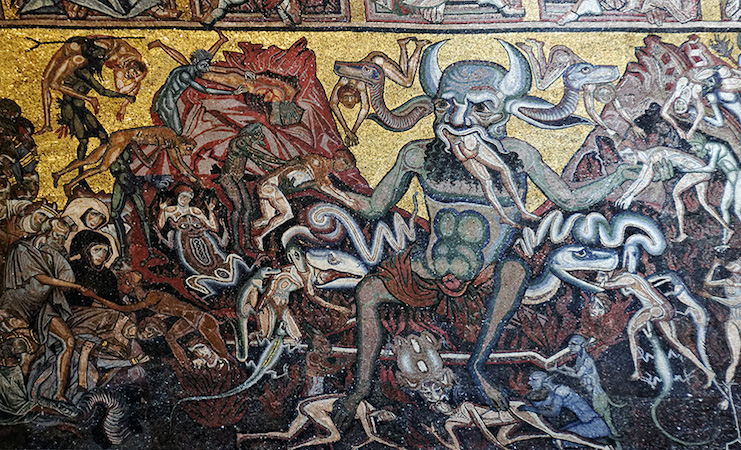 Another master of gruesome imagery was Hieronymus Bosch. If Bosch was around today, he would have been a master in the horror genre. His paintings continue to both baffle and fascinate with their incredible detail. They seem modern, in many ways, but he painted in the 15th century. 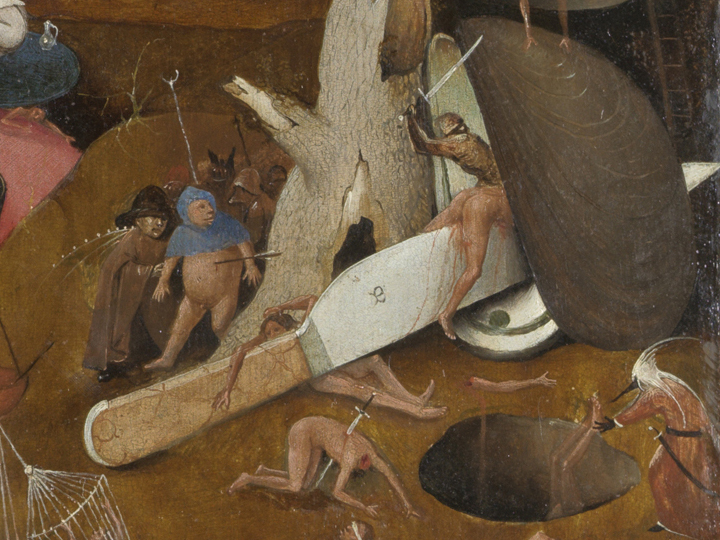 You’ll see his influence even today. Although traces of his style show up in the work of Dali, Yerka, and many others, he has had a definite impact on modern horror. His surreal, yet terrible subjects look normal at first glance and then transform upon closer examination. Jacek Yerka Castle on a Rock Mosaic Reproduction by Mozaico.

The Spanish painter Francesco Goya was also a heavy influence much art to follow. One can argue that many horror film classics have almost a direct line back to his dark works. For example, can you name how many scenes in TV series and movies have been inspired by his Witches Sabbath? 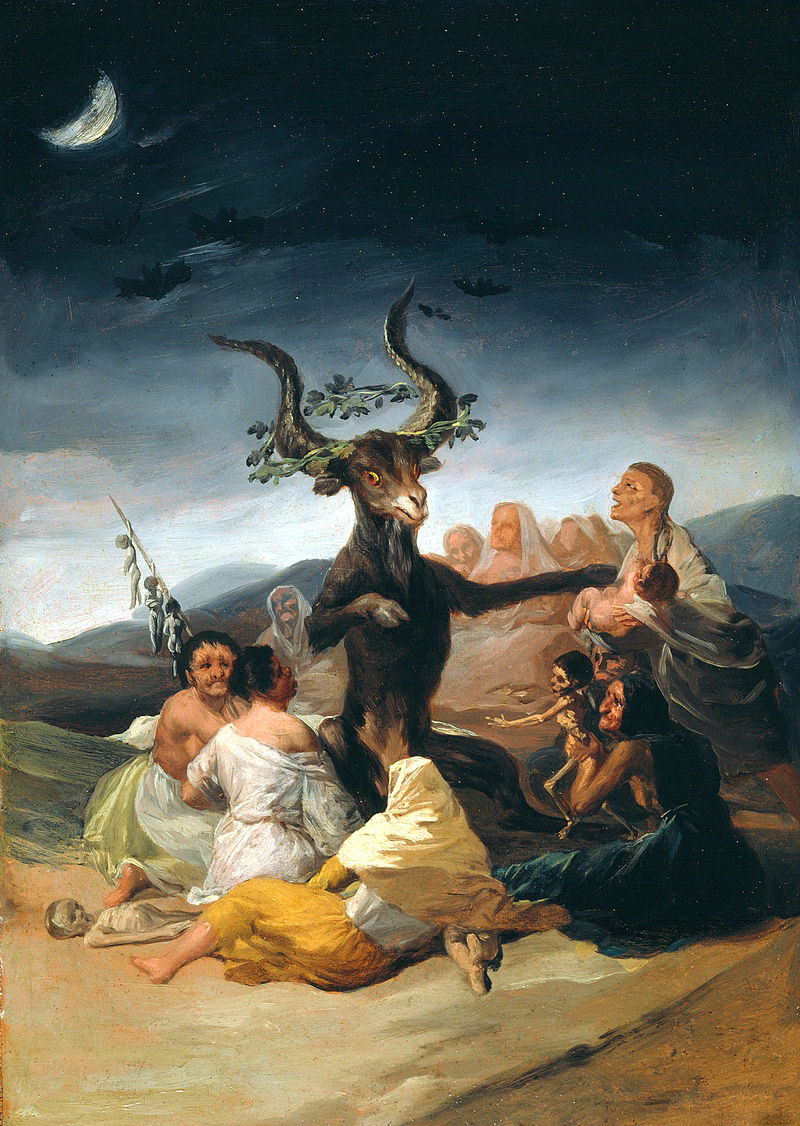 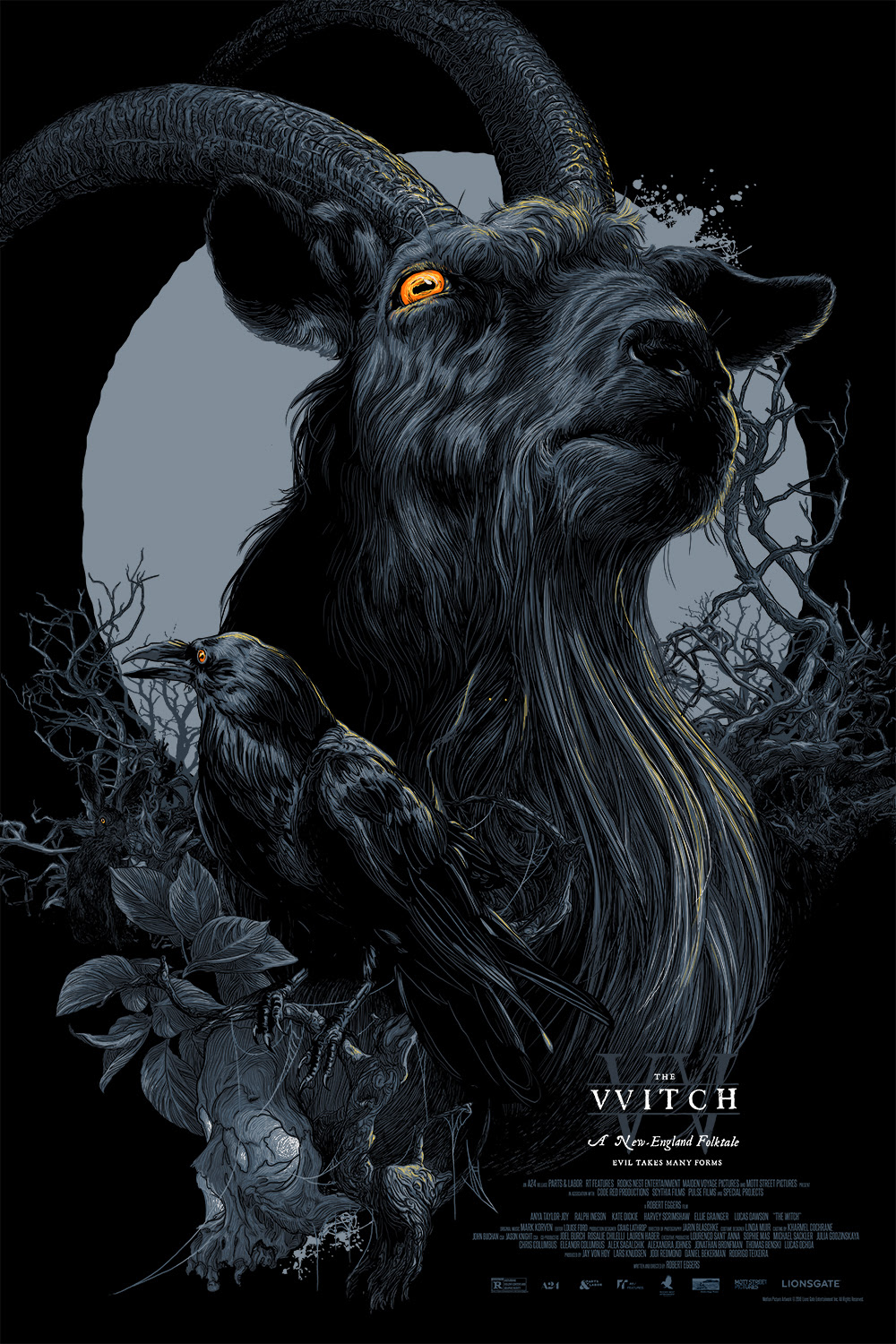 The interesting thing about Goya’s subjects was that they were meant as a rebuke to superstition and fear-mongering. One wonders how would feel about his image of Saturn devouring his young inspiring so many modern artists. 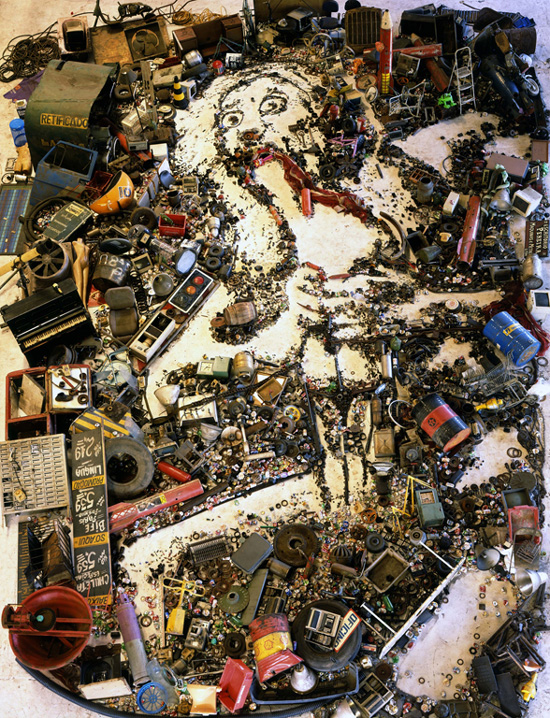 Lots of good Halloween inspiration can come from art. Look deep into your darkest self, expose yourself to the best in classic art, and enjoy spotting the influences in today’s pop culture and zombie craze. What’s your favorite gory, gruesome piece of mosaic art designs? Did we miss one? Let us know in the comments below!

Topkapi Palace is an Istanbul Must-See Exploring the Marvels of Wooden Mosaics

10 Nautical Mosaic Designs for The Summer of 2015