“Perfection is no small thing, but it is made up of small things.” – Michelangelo

Marble has been a staple of upscale homes and public spaces for far longer than you might guess. The association with luxury and quality and positive reputation of this stone has been earned over not just decades, but centuries. Many centuries – it became popular during the Greek and Roman eras – over 2000 years ago!

Surprisingly, the original uses for marble haven’t changed a great deal after all this time. It’s a natural choice (no pun intended!) for floors, countertops, walls, and other areas that require both good looks and durability. It’s an amazing stone, and we’ll talk a little bit today about just why that is.

The famous, iconic, and beloved sculptor Michelangelo was one of marble’s biggest fans. Along with his fellow Renaissance master, Leonardo da Vinci, he was one of the most influential members of this movement. (We’ve added some of his quotes about his favorite medium throughout our article.) One of his best-known pieces – the David Sculpture, was a masterpiece of marble.

“The marble not yet carved can hold the form of every thought the greatest artist has.” – Michelangelo

However, that’s not where the use of marble in homes and cities began. The Egyptians tried it out in some temples, but ancient Greece and Rome are where it really came to prominence. In the pure veins of the Apuan Alps of Italy, white marble was abundant. In the Greek Islands, quarries produced snowy white material for sculptures as far back as the Late Neolithic era (5300-4500 BC).

It was soon clear that it was a superior stone to work with. Made by earth’s forces compressing limestone into finely-grained metamorphic rock, marble is unique in its beauty. It survived intense heat and pressure to become what it is – and it’s not about to go anywhere!

Marble is a translucent stone that allows light to enter and produce a soft “glow.” It also has the ability to take a very high polish. These properties make it a beautiful stone for producing sculptures and architectural elements – and mosaic tiles!

How durable is marble? Let’s look at some historic structures and art that are still shining like new, here in the 21st century.

Every block of stone has a statue inside it and it is the task of the sculptor to discover it.” – Michelangelo

Dedicated to the Goddess Athena, this imposing structure was meant to inspire awe. Since then there have been numerous hits to the building. For starters, an explosion in 1687 when Turks used the Parthenon to house gunpowder – and the ceiling was blown off. In addition, war bombings and ransacking over the centuries left the place in ruin.

But yet, it’s still standing, still dominating the skyline, with marble columns intact.

I saw the angel in the marble and carved until I set him free.” – Michelangelo

In classical Greece  – the time the Parthenon was constructed – the use of white marble was restricted to public stately buildings and temples. The material symbolized wealth and prosperity. However, by the time of the Roman empire, colored marbles were the new status symbol. The Pantheon in ancient Rome was filled with colored marble décor, made from stone was imported from various parts of the Roman Empire. Here’s an amazing fact:  the majority of this is still original!

It is well with me only when I have a chisel in my hand.” – Michelangelo

Michelangelo, of course, did not use colored marble in his sculptures. He was obsessed with the pure whiteness of the marble that he could see in the Alps. Biographies state that he used to fantasize about carving an entire white mountain in situ. Imagine something like Mount Rushmore, but even more massive.  ‘‘If I could have been sure of living four times longer than I have lived,’’ he said, ‘‘I would have taken it on.’’

However, we did see plenty from the artist, including the Pieta. Young Michelangelo was commissioned by the French Cardinal Jean de Bilheres Lagraulas to create “the most beautiful work of marble in Rome, one that no living artist could better”, for the cardinal’s future tomb in Old St. Peter’s Basilica.

Michelangelo sculpted the Pieta from a single block of Carrara marble, which he claimed was the most perfect block of marble he had ever worked with.

“The marble not yet carved can hold the form of every thought the greatest artist has.” – Michelangelo

Although the shining white marble exterior of this Unesco World Heritage site is an iconic image, the interior marble mosaic art is also breathtaking. The Taj Mahal’s outer walls were constructed of translucent white marble from Makrana, Rajasthan. The grieving Shah Jahan wanted only the best of everything to create his wife’s mausoleum.

After almost 5 centuries, the visitors to this modern addition to the 7 Wonders of the World see carvings, mosaic floor designs, and mosaic wall art that looks as new as the day it was dedicated. 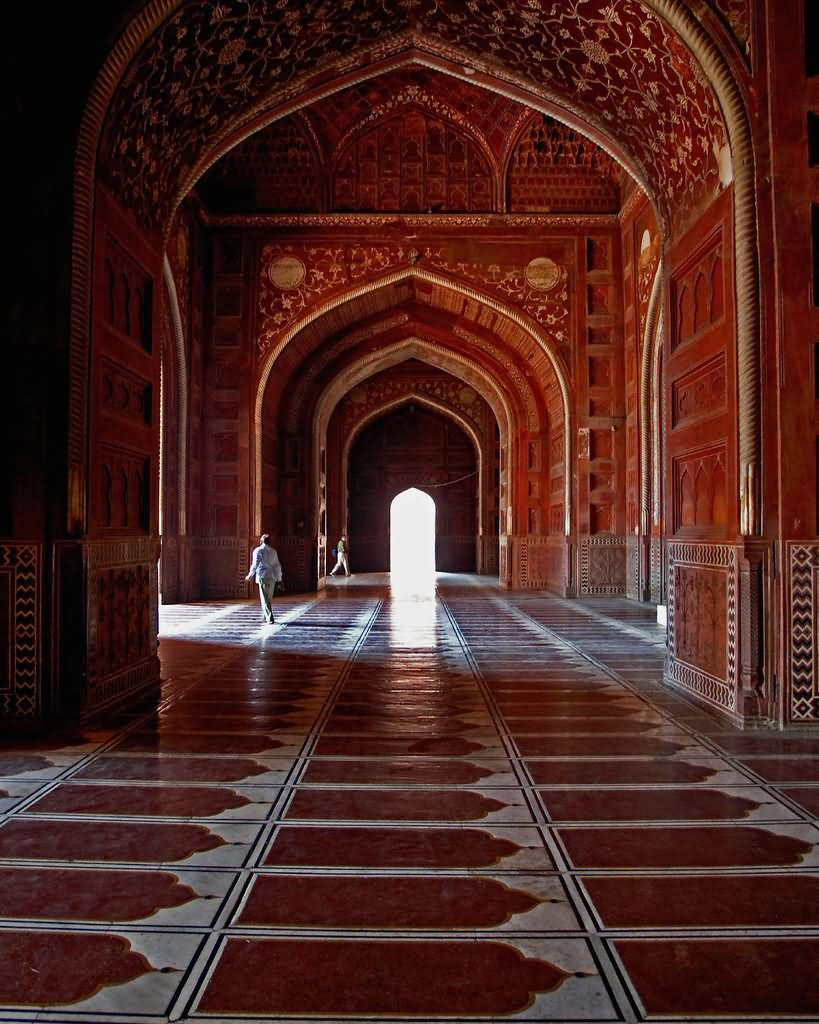 Just the Facts on Marble

“It is necessary to keep one’s compass in one’s eyes and not in the hand, for the hands execute, but the eye judges.” – Michelangelo

Before we move into slightly more modern times, let’s take a brief, more scientific look at why marble is so perfect for long-lasting works of architecture and art. As you can see in the raw sample above, the stone has some unique properties. The most important common features of the marble group are its crystalline structure and high density. Translated into plainer language – that combination makes it reflect light, while still having translucence. That sense of being lit from within is what made Michelangelo’s sculptures glow. On a more practical level, it makes a superb building material – tough, shiny, and durable under all kinds of conditions.

Now, not all marble is white, of course. When other minerals enter the mix, you get the rainbow of shades that you see in our mosaic art. Marble that contains impurities such as clay minerals, iron oxides, or bituminous material can be bluish, gray, pink, yellow, or even black. That little quirk of nature gives mosaic artists the ability to create endless ideas with mosaic tiles.

“Every beauty which is seen here by persons of perception resembles more than anything else that celestial source from which we all are come.” – Michelangelo

The tribute to the first American president might not spring to mind as a showcase for marble construction, but it is. That gleaming exterior is sheathed in marble from three different locations: Texas, Maryland,  Sheffield, Massachusetts, and Baltimore, Maryland which supplied a slightly darker dolomitic marble. If you look closely, you can see the slightly different types of marble, starting from the base upwards.

The obelisk stands 500 feet tall. While the mortar between the marble blocks has been repaired in the last 150 years, the marble has remained virtually untouched – other than a small crack from the 2011 Virginia earthquake.

“The best of artists has no conception that the marble alone does not contain within itself.” – Michelangelo 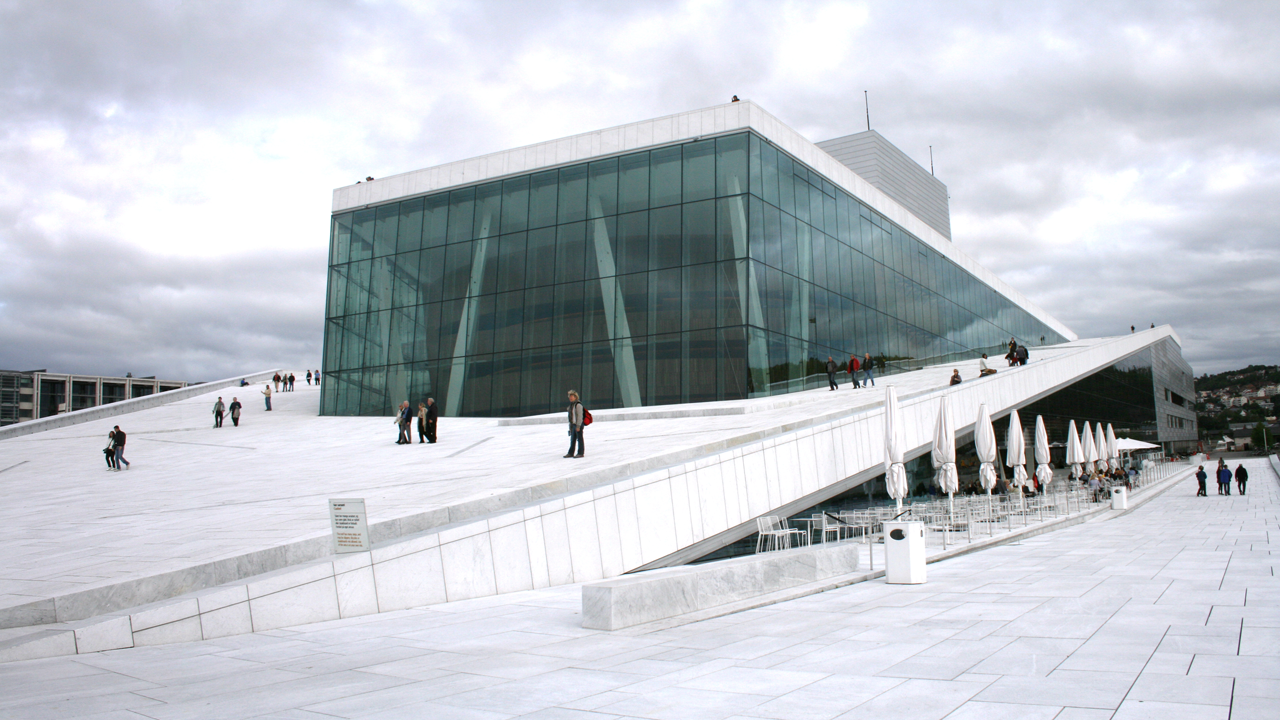 Today, marble still inspires the most influential architects and artists. Think of the big names of  20th Century architecture, such as Adolf Loos, Mies van der Rohe, and Philip Johnson. Although their style is minimalistic, their love for marble is not – it’s their preferred building material.

Likewise, artists still find the beauty inside raw marble, bringing out their visions with chisels, designing with the finest marbles from Italy and other sources from around the world. Here at Mozaico, for example, we use the finest stones to create your mosaic tile art designs. In addition to marble, we use glass, smalti from Orsoni, and quartz. However, marble is our favorite, due to its durability, natural looks, and authenticity. Around 90% of our mosaics are made from marble mosaic stones!

Would Michelangelo still be working with marble today? Five centuries after his death, his works are still just as beautiful – and the luxury of marble has become more accessible. We think he’d be delighted with the access to today’s rich colors, fine quality, and beautiful finishes of the marbles we use. We invite you to help your own creativity soar with a selection from our extensive catalog!

20 Subway Stops you'll wish you had on your daily commute