When considering the essence of a mosaic one directly yet subconsciously imagines an anthropogenic creation; a creation derived from a human being. What was the artist’s motive, subsequent ideas and conclusive meanings behind his or her portrayed expression? But what about when we are fortunate enough to find true masterpieces within nature, created by universal elements governed by the forces of physics and laws of chemistry? From afar one would compare the formation to an abstract profile of a mountainous city, adjacent to the calmness of the sea. Rocks are comprised of various minerals on the basis of their type (sedimentary, igneous & metamorphic) fortunately we can take a glimpse into the spontaneous and artistic world of mineral formation via thin sections. A thin section is an exhibition of minerals mounted on a glass slide, giving us the opportunity to examine its composition through a microscope as light passes through it.

The majority of thin sections would not be comprehensible to your average Joe, but some specimens truly leave you in absolute awe – once again reminding you how much nature impacts and influences all forms of art known to man. Above we see the remnants of a fossilized ammonite, decorated by the crystallization of calcium and magnesium carbonates. As mineral-rich liquids penetrate the structure of the prehistoric mollusc, a rich variety of minerals (quartz, feldspar, amphiboles etc.) initiate crystallization, which is then visible under cross polarised light. Here each mineral, large or small, is considered a microscopic geological mosaic “tile”, culminating in an exquisite display of artistry and beauty.

Plate tectonics is the theory that the outer brittle layer of the earth (i.e. lithosphere) is divided into separate “plates” that slowly drift on a hot, plastic magmatic surface called the mantle – just like slabs of ice on a lake. Each plate is named after the continent it contains. Hence our Earth could most definitely be considered one of the largest and surely one of the most beautiful mosaics as it is comprised of plates (tiles) that make up its oceanic and continental surface. From space, the geological mosaic planet exhibits its continental fragments rising above sea level, creating a random, yet spectacular assortment of geographic land masses – which have not been appreciated as a work of art. They have rather been taken for granted as the entirety of the planet we live on, without any further artistic acknowledgement.

In this specific image we witness not only a geological mosaic, but a constantly changing planet that has permitted life to thrive via specific conditions, but in turn decorating itself elegantly with golden light – indicating the concentrations of human populations throughout the exposed surfaces of the crust.

Have a look at previous articles presenting the diversity of materials that have been utilized to create unique mosaic artworks.

A Guide on How to Clean Different Mosaic Tiles 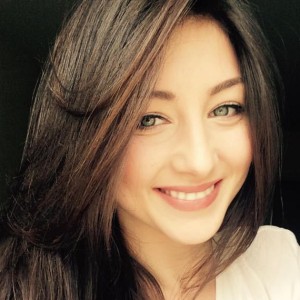