The year 2016 was marked by a wide variety of archaeological discoveries that presented us with some interesting mosaics. As we draw closer to year’s end, it would be unfair if we do not mention them. Therefore, please join me as I round up all the fascinating pieces of art that ancient generations had assembled. Doing so, will allow us to successfully transcend into 2017.

Remember Noah’s biblical story? A mosaic masterpiece depicting such a religious phenomenon, had been discovered in a synagogue. It was unearthed during a ground excavation in Huqoq, in Northern Israel. It is speculated that this mosaic art dates back to the fifth century, when Roman Empire ruled the region. In addition to all the animals represented, Pharoah’s soldiers can be seen being swallowed by large fish. Also, overturned horses and chariots dress the scene. What is so intriguing about this particular mosaic art, is that it is highly detailed and is of high-quality. Other Noah’s Ark mosaics had been discovered in several places such as Jerash, Jordan and Mopsuestia, Turkey. However, the high level of craftsmanship in Huqoq is extraordinary. This mosaic art also served to disprove the theory that when the Roman Empire became Christian, Jewish communities suffered. Since, the piece of art was invested upon handsomely and numerous pottery, coins and valuable artifacts were discovered, this meant that the village was financially doing well.

All of these findings are due to excavations that had been launched every year since 2011.

At the same site Noah’s Ark was discovered, another mosaic art was exposed. However, what is so unique about this one is that it is not a religious or biblical one. It depicts Alexander the Great meeting the Jewish high priest. The latter can be identified by his white beard and white garments. As for Alexander, he looks much younger although he bears a beard. He also wears an elegant military outfit and has the accessories of a king, such as a purple cloak and a diadem that indicates authority. He is also surrounded by a Greek military formation and some battle elephants. Although such an encounter had never occurred, the mosaic art is seen as a symbol of hope and unity that binds the Christian Roman Empire with the Jewish Communities. Since we were just talking about the Roman Empire, floor mosaics were discovered in Cyprus next to the capital of Nicosia. The 36-foot piece of art depicts scenes of ancient chariot races in the Roman hippodrome.

Complete race scenes of four charioteers being drawn by their horses, are shown in this handmade mosaic art. It is speculated that the four racers represent four different factions competing. Near each of the four individuals are ancient inscriptions, which appear to serve as name tags of the racers and one of the horses. Moreover, the mosaic consists of an illustration of a dolphin-shaped fountain, a figure holding a whip and another one holding a water jug.

The site is still under further excavation since not all of the mosaic has been unearthed.

Within the Palestinian territories, the city of Jericho hid a valuable treasure which was recently discovered. I saved this discovery for last, since it is one of the most magnificent work of art ever created. It is stunningly tiled with more than 7 million pieces over a surface of 827-square-meter (8,900 square feet). Divided into 38 panels that have different geometric shapes and various designs, it also bears the Tree Of Life mosaic which is located in the place where the Caliph used to welcome the most important visitors. The carpet-mosaic covers the bath house of a desert Islamic palace (known as Hisham’s Palace) next to the town of Jericho. Do note that it has been already discovered in the 1930’s. However it was left as a dormant project, which 80 years later was uncovered.

Therefore, work is underway to allow the masterpiece to be accessible to tourists by the end of 2018, integrating a viewing walkway and a shelter. The project is financed by Japan. I hope you enjoyed reading this informative article.

If you have any concerns or questions, please let me know in the comment section below. 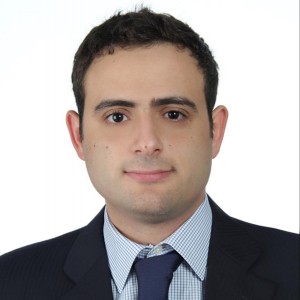